Katherine Wolf, the author of Hope Heals and an amazing woman of God, often references moments in her life where she sees God working as a “God wink.” I love it so much and I’ve really been paying attention lately to God and how he’s working in my life.

Since I’ve started back working after being home with John for the past 3 years, to say life has been crazy is an understatement. I took a break from leading a women’s small group and focused on being present with my family in the midst of this transition and new season in my life. Gone are the days when I would sit and drink a cup of coffee (hot) during the late morning hours while diving into whatever bible study I was doing at the time. At times I really miss that “me” time, but what I’ve learned most recently is that now I’ve learned to be so much more intentional with my time and how I use it. Especially, in the everyday little moments that go by seemingly unnoticed except for one small detail where I hear God whisper that He’s still here… in the busyness, in the tough (man, 3 year olds are so tough!), in the re-learning of how to be a teacher (probably not wording it right, but being a teacher pre-children vs. post-children is so different and I feel so much more responsibility now… He has equipped me!), being intentional with the time spent with my husband and son, and so many other ways.

Recent “God winks” during this time make me stop and notice that God is present and unchanging. HE is my constant. My mood, my outlook, my intention may vary, but God is still there and He doesn’t change.

We have new insurance this year, so we have to get all new doctors. I recently posted on a Mom FB group about looking for a pediatrician for my son, specifically hoping for one that was familiar with kids who were deaf/hard of hearing. The post offered nothing in the way of doctors that were anywhere close to where we lived. Thankfully, we have an amazing Audiologist and ENT so I wasn’t too worried, but it would have been nice to find a well-versed pediatrician as well. Well, fast forward to this week. We had scheduled our son for his first dentist appointment (about a year too late 😳 thank goodness for no cavities!) and new ped appointment… on the same day. I had honestly not even thought of the hearing loss thing anymore since that post. Well, get this.

First, we walk into the dentist office and my husband and I are just waiting for our son to make it clear he doesn’t want to be there (kid is strong willed!). Thankfully, he was fantastic and took it like a champ as if he had been doing this his whole life and in a way it was cute and hilarious. See picture at the end, it was beyond cute. I wish I would have gotten a video. Anyway, the dental hygienist’s first words to us when she walked us back was a question about John’s hearing loss. Her daughter also has hearing loss and has the SAME condition that John has… this never happens, but it was great to hear a mom talk about her daughter who is grown and how awesome she is doing despite the hearing loss impairment.

Ok, so it’s just going to get better! Then, we go play at Chick Fil A because we have some time to kill before the ped appt. and then head to it. I picked a ped based on location and a couple of good reviews from friends, but also showed up as any normal mom would do 😜 with a file folder full of notes (she requested most of them) because we were hoping for a few speech referrals that could only come from her. I even printed out info sheets on his hearing loss conditions because if you’re not directly affected by these things, I’ve learned that you probably do not know much. Well, someone in the office did and it was awesome! Her nurse has a 10 year old daughter with bi-lateral CIs who also has the SAME condition as John that caused her hearing loss. Yep, that’s right. TWO people in ONE day with children that have the same hearing loss diagnosis as John. I didn’t really take that all in until we were on our way home and my husband said, “How funny is it that both appointments we went two had children with EVA?” To which I replied, no honey that was all Jesus. And it was, because Jesus does things like that. He shows up for us Every. Single. Time. In the hard, the tough, the busy, the fun, the quiet, the mundane.

HE is constant. Never changing. 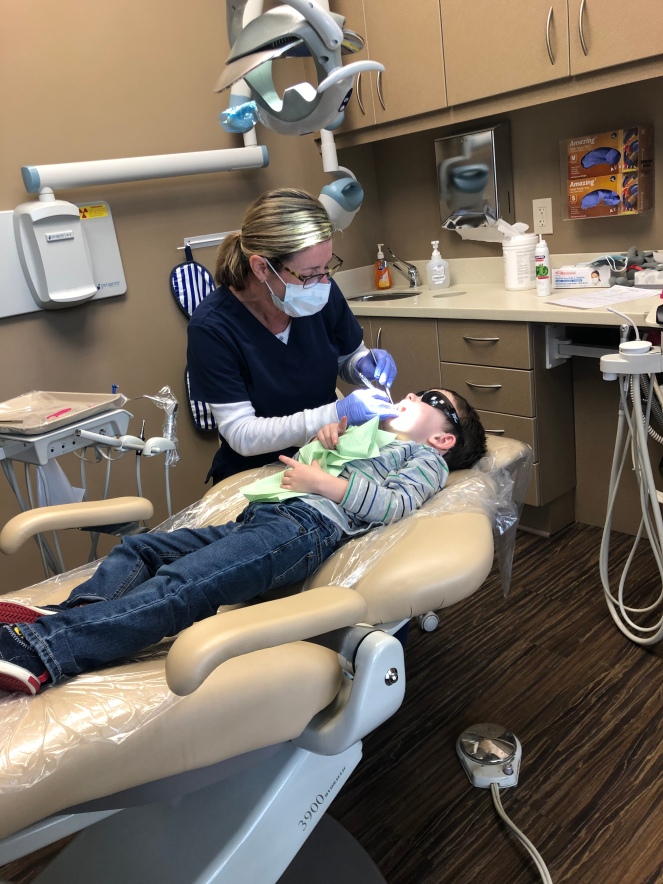 Whatever is good and perfect is a gift coming down to us from God our Father, who created all the lights in the heavens. He never changes or casts a shifting shadow. He chose to give birth to us by giving us his true word. And we, out of all creation, became his prized possession.

You, friend, are his prized possession. He delights in you! Thanks be to God!

View all posts by carlywis

One thought on ““God wink” Moments”